Uday participated in a scoping visit to Cairo to seek partners to deliver a programme to grow and develop social and creative enterprises in Egypt. The trip coincided with celebrations for the British Council’s 80th anniversary in Egypt.

An impressive number of people attended the 80th anniversary conference. Many from government departments and agencies, universities as well as umbrella organisations, intermediaries and creative entrepreneurs.

Uday participated in a panel talk and discussion on how to best support growing enterprises. 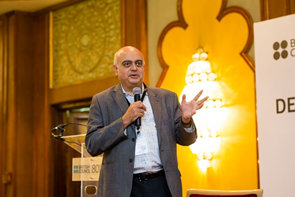 Uday met with many creative entrepreneurs involved in crafts, dance, design and restoration. Many of the entrepreneurs are using technology to start and support the creative industries There is a big effort to connect and support creative people however many of the projects work in isolation. One of the benefits of a programme such as DICE will be that there will be more connectivity at national and international level and the potential of establishing greater support and co-ordination to expand the markets for the creatives. Uday says “There are some amazing projects going on to preserve and market traditional crafts and skills, and many of the modern design work I cam across was just beautiful.”

The programme will create opportunities to improve the creative sector and raise its collective visibility and market outreach.

Red Ochre is having a briefing event to share and discuss the findings from the Scoping visit on the 19th of November.

Uday visited different organisations including -a long established creative performance hub Culture Wheel – built under and around a major series of fly overs in Zamalek – Cairo. 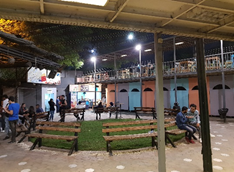 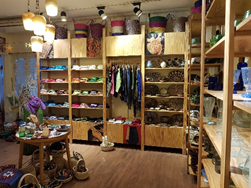