How the Third Plenary Session upset my sight seeing 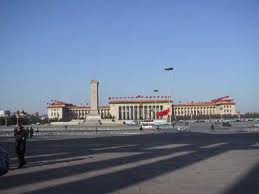 I’ve had the good fortune to come to China four of five times over the last couple of years. While I view this as an opportunity to share my practice and experience with clients, it’s also a chance to have a look around this fantastic country.

I’ve seen a wide range of “sights” from the mainstream Great Wall Experience through to the 798 Art Zone (0.6 Sq km of art studios in ex-military factories) but I have always missed out on the Great Hall of the People in Tienanmen Square. I thought I’d head along for a look on a day off and was told I couldn’t as there was a “conference, or something” going on.

A few hours later that day I was reminded that the Third Plenary Session of the Communist Party of China’s 18th Central Committee was opening that day. Before I came out to Beijing last week there had been coverage in Western media of this event as a possible seminal moment in the long-term development of society and the economy of modern China.

There seems, however, to be more muted coverage here in China. There seems to be a cautious feeling that  important decision might be made covering everything from transformation from an investment lead economy to a consumer economy, through to rural land reforms and actions to make companies, including State Owned Enterprises, more relevant. If we include a move to less polluting energy sources for China and an increased focus on healthcare in a growing and ageing population that’s quite a list. It’s no wonder the media are under orders to manage the expectations of the people.

Perhaps modern history is about to be made. Who knows, one day I may even tell my grandchildren I was at, or at least near, the Great Hall when China made the decision to embrace its place in the 21st Century!

By way of explanation the Central Committee meets once every five years and comes up with the (Five Year) Plans, and the plenaries happen every year between committee meetings to make sure things get done.