For several years, the British Council has been running a support programme for young entrepreneurs in Sudan. Young entrepreneurs apply to participate in a training event that then allows some of them to pitch their ideas on national television – a Sudanese Dragon’s Den known as Mashrouy. The public get to vote for a winner

This year the theme was on social enterprise. Over 30 entrepreneurs attended a 4-day Social Enterprise Bootcamp in Khartoum during September. Also attending were several experienced entrepreneurs who wanted to improve their skills to train and support other entrepreneurs.

The Bootcamp was facilitated by Uday Thakkar. Uday comments “There were a number of great ideas. Many of the participants had already progressed their ideas considerably. One idea that I liked was that of a universally distributed, but individualised bar-coded card. This could be scanned by a smartphone into an app that would give access to the individuals medical records/ history. It was potentially cheap, easy to distribute and scalable.”

The participants were engaged, enthusiastic and very participative. The Bootcamp introduced them to a variety of tools and methodologies – including Red Ochre’s Social Business Model Canvas. 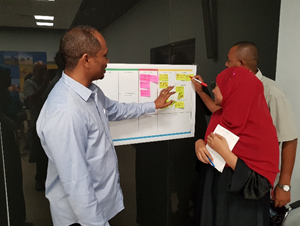 The participants, from all over Sudan, greatly enjoyed the Bootcamp and were left preparing for the next stage of the competition – writing a business plan to get short listed for a national TV appearance. 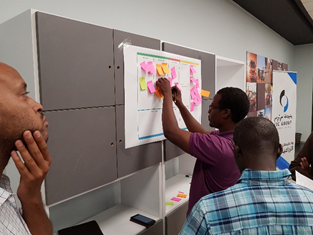 Uday also presented an overview of the UK social enterprise sector and the support and investment infrastructure to a Social Enterprise Policy Forum – organised by the British Council and attended by over 80 participants from government departments, universities, banks, community groups and support organisations.

Uday also used the trip to visit the National Museum which houses artefacts from the Kush Empire and, an opportunity to watch a Friday evening Dervish dance event. 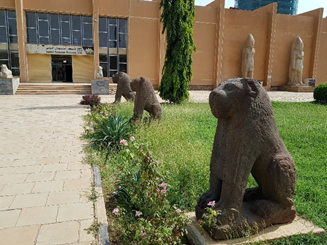