Uday ran a successful Train the Trainer Social Enterprise Bootcamp for 20 existing and potential consultants and trainers in Atyrau, Kazakhstan during October. The city near the Caspian Sea has experienced considerable growth because of the energy sources being exploited nearby. A growing interest in Social Enterprise has resulted in a number of initiatives in the country. The Bootcamp, part of a continuing support programme funded by Chevron and managed by the British Council, will establish a cohort of experts to support entrepreneurs and projects. 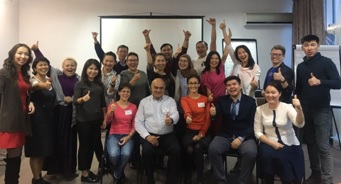 The participants of the Red Ochre led Social Enterprise Bootcamp 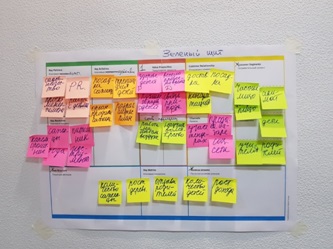