Successful delivery of a major civil society Project in Armenia

The lead partner in the consortium for the delivery of the project was the British Council. Uday delivered the Social Enterprise training and support element of this over 7 trips to Armenia between 2014 and 2015.

Initially two 3 day workshops on social enterprise, sustainability and effectiveness were delivered to over 70 regional organisations from the north and south of the country. 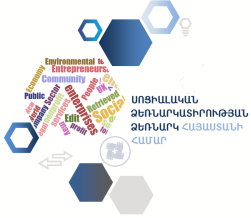 Uday also participated in reviewing a new law relating to social enterprise and NGOs. The law received government approval in October and has been sent to Parliament for adoption into law. The draft broadly complies with European standards and, once adopted, will ensure that for many NGOs – particularly those in the regions of the country, life will be better and easier in terms of being able to generate income and transit towards becoming social enterprises

Uday also assisted in the formation of the Association of Social Enterprise in Armenia, ASEA, the first such organisation in the country. ASEA intends to promote and support social enterprise development in Armenia.